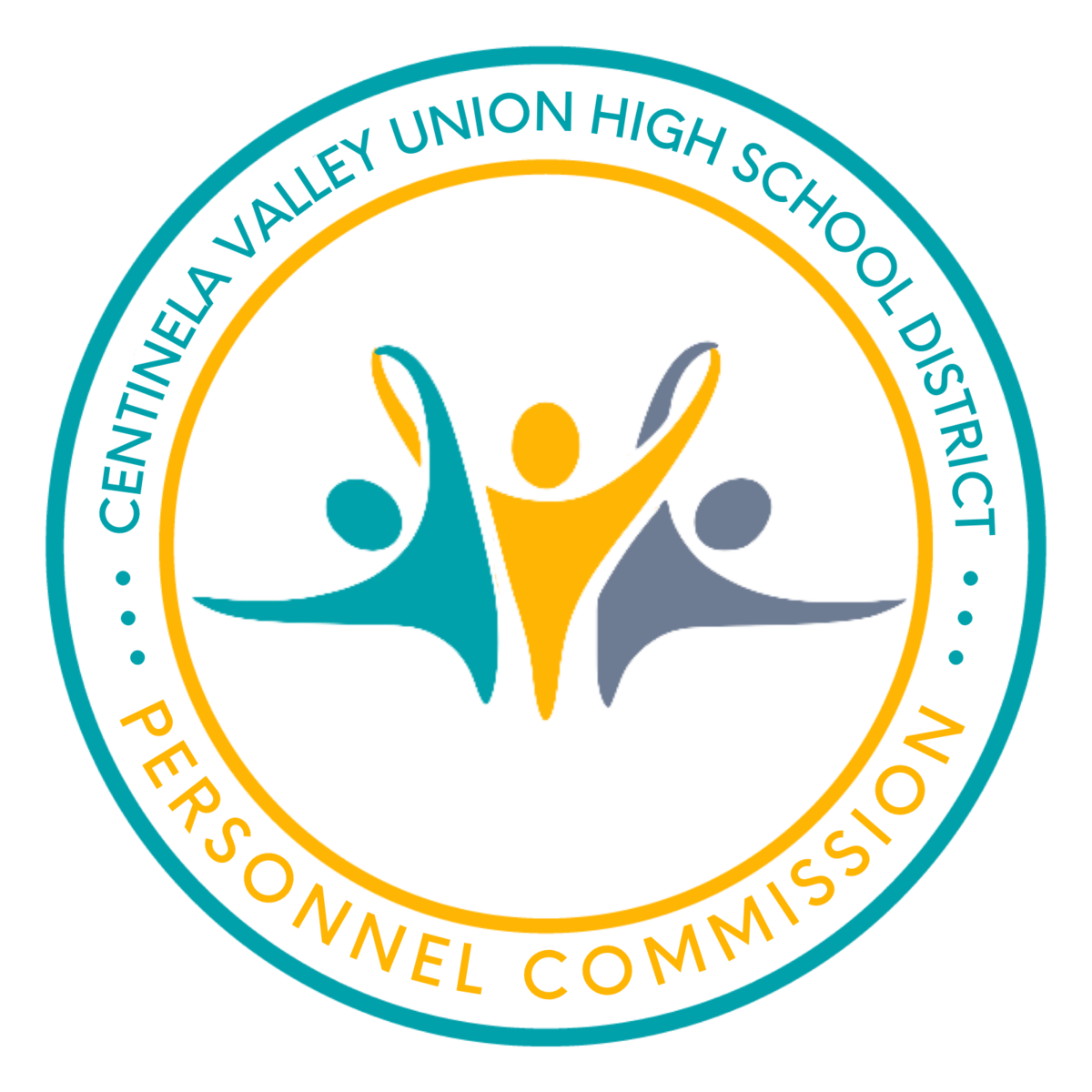 Welcome to the Personnel Commission Department

Our office is responsible for the classification of new and existing jobs, recruitment and testing of candidates for employment, and the certification and processing of eligibles for hiring for classified (non-teaching) positions.

The Centinela Valley Union High School District became a Merit System in 1994. The principle of the Merit System is to ensure that employees are selected, promoted, and retained without favoritism or prejudice on the basis of merit and fitness.
Mission Statement

Our mission is to support the educational excellence of the Centinela Valley Union High School District by providing outstanding customer service in hiring, promoting and retaining of highly qualified personnel utilizing equitable opportunity for examination and competitive compensation.

History of the Merit System

Early in the 1800s, the “spoils” or patronage system was a common method of filling government jobs. It took the tragedy of the shooting of President John Garfield by a disgruntled office worker in 1881 to focus enough attention on the practice to spark legislative reform. Congress passed the Civil Service (Pendleton) Act of 1882 which set up the first civil service system for federal employees to guard against patronage appointments.  In the following years, state and local civil service systems flourished, but it was not until 1936 that the first merit system law for school districts was established.  It was California that became the leader in the national movement to implement the merit system in school districts when, as a result of a disgraceful patronage system in the Los Angeles Unified School District, more than 700 non-teaching employees were fired on the day after a school board election in order to make room for hiring political “spoilsmen” for their positions.

The merit system is a method of personnel management which is designed to promote the efficiency and economy of the workforce and the good of the public by providing for the selection and retention of employees, promotional opportunities, in-service training, and other related matters on the basis of merit, fitness and the principle of “like pay for like work.”